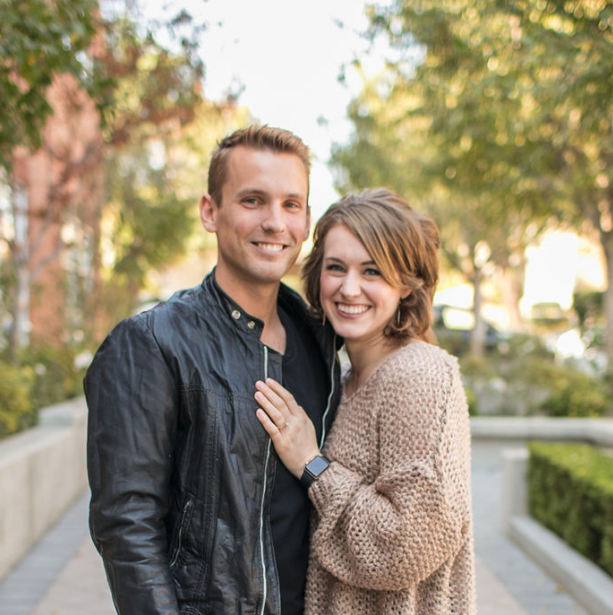 We are really here...year two!  I love looking back at the very early stages of Dubsado because so much of the growth and struggles we've seen in our business are metaphors for what happens in our lives. Growing a business is just like raising a kid. The first 6 months you're not going to get a whole lot of sleep. By year 1, they're going to start teething and be cranky all of the time. And don't get me started about the "terrible twos". But there's some magical about the outcome and the process of raising something that without your love and attention wouldn't be the same. The satisfaction of knowing you did it. Seeing them walk for the first time or holding their hand to school. It makes all of the pain worth it. For Dubsado, there's a LOT less kicking and screaming involved. Running Dubsado is more like being in spin class 24 hours a day. There are hills and sprints and we get all sweaty but have a blast doing it.

Jake and I came up with the idea of Dubsado. We had a name and a general direction to head.

Beta was planned and supposed to launch this month. Our second son was due early this month so we wanted to get our product out there before he was born to beat that craziness. We pushed on in creating a business rocking a newborn with our feet and typing with our hands.

Beta version of Dubsado was launched. Jake and I were crazy, like just literally crazy, for building a business in a few months with two kids, and both having full time jobs as well, but we made it work.  We gave our hearts and all that we had to Dubsado. Nothing goes according to plan. Lot's of coffee and adrenaline in these next few months spent re-writing most of the codebase.

This was my "first" Dubsado desk.  I was so happy to have a nice little set up where it felt like "me".  At this time, I still had TWO other jobs and did my photography on the side too.  Phew.  It was crazy, but all so worth it.

We launched to the world.  Gosh that was scary!  Building a product and getting it out there for all the world to see.  We made a whopping $30 our first month.

From that day forward we pushed hard.  Our product was other there.  People were signing up, asking questions, needing walkthroughs, etc...  At this point, it was still Jake and I and we both still had full time jobs.  Our passion for the work kept us going and doing the "impossible".

We made our first hires these months.  In October, we hired Jake's brother to help with the programming.  Together they kicked some serious butt.  Then in November, we hired a dear friend, Alex, to come on board with some odds and ends we needed help with as well as blogging and social media.  These two were a Godsend.  It felt so good to not be alone in this anymore.

Growing also meant we were now responsible for supporting not one, but TWO employees and how they support their families.  This was getting serious now.

In November we also had our first sale, Black Friday!  We were swamped.  It was rewarding to see the amount of people coming to our system.  But from this point on, things started getting unmanageable with just Alex and I.  We need more help.

Our first customer support hire.  My best friend, Elizabeth or as we call her...Biz.  I wanted to cry her first day.  I could not believe we created a business and my best friend was working with us.  When I thought work could not get more fun... Biz and I laugh non-stop...ask anyone in the office.

Our first year in business!  We did it.  I could not have been more proud of our team and all our amazing customers using Dubsado slaying it in their business.  It felt great to be more than just a "couple of months old".

We made some more hires. We were SO thankful and blessed to be able to do this.  So along came some more programmers, Brandon (B1) and Brandon (B-Dawg), and then Cameron.  We hired Cameron to help walk people through Dubsado.  I could not do that alone anymore.  Cameron was me and Jake's personal trainer at the gym.  We loved how he taught us so we asked him if working WITH us would be something he would want to do.  Welcome some more remarkable people to the Dubsado team.

By this time, we needed some help with the sales side of Dubsado.  So...along came Joey!  The party was really getting started now.  Joey being the awesome person he is helped and still continues to help with all the sales and on-boarding.  Dubsado would not be the same without him!

A chorus of angels were singing when David and Paolo came on board in November.  These guys are rockstars! They came on board for customer service.  Up until this point it was me, Jake, Biz and Cameron doing the customer service.  It was manageable, but sometimes it was just so tiring.  They came on right at our 2nd Black Friday Sale and KILLED IT.  David also does our weekly VLOGS.  Customer support is a tough job, but doing it with these guys...I think we laugh more than anyone else! ;)

Bring on the two new guys!  We got two new programmers. We have huge, huge plans for the next few months of Dubsado.  We needed to equip ourselves for all that is about to come.  Love these guys!  They are so much fun, and such great people!

We have been tested and pushed in more ways that we can imagine.  Is it all worth it?  100%.  It is all worth it because we are doing what we love with the people we love every single day.

I wake up every morning and am excited to get into work.  Jake and I built Dubsado wanting it to feel like a family for our users and for our awesome staff.  Even though we have seen substantial growth over the past two years, our core values still remain the same.  We still celebrate with each sign up.  We still treat our customers like they are our only customer.  Our team (of now 12) still goes to lunch TOGETHER everyday.  We are two today, but we feel as though our journey is just beginning.  We are excited for what is to come.

Thank you for being part of our journey!

Love, Becca ( and Jake...and the rest of the Dubsado Team)

See all
No items found.